10 May Ezra, A Man to Admire and Emulate

Ezra is a biblical figure much to be admired and emulated.  And yet, for reasons understandable (but insufficient), he seems perpetually consigned to the lesser-known category of Old Testament heroes. One reason is that although Ezra plays an important role in two separate Old Testament books, in each he plays a secondary role. The book which bears his name, and which he was used of God to pen, is in large part history. Chapters 1-6 record the return of the exiles under Zerubbabel and the building of the second temple, events which transpired from 538 BC to ca. 516 BC, decades before Ezra was born. Only the latter section is Ezra’s diary: Chapters 7-10 record the marvelous reformation that happened in 458 BC under the direction of Ezra himself. Again, Ezra is very much involved in the effort to refortify and repopulate the city of Jerusalem ca. 445 BC, events recorded in the book of Nehemiah (8:1-13; 12:26). But in that story he gets a bit lost behind the prevailing figure of Nehemiah the governor.

However, the most important reason for that comparative neglect is that Ezra lived and ministered during the stage of Old Testament which is itself little remembered by so many Christians – the era known as the Restoration Period.  It was during that final stage of Old Testament history that the Jewish people, having been captives in Babylon for 70 years, were allowed to return under the Persians to re-establish themselves in the promised land, Israel. It is a fascinating period, punctuated throughout with remarkable heroes, exciting adventures, political and military struggles, everything that makes for gripping tales of noble human effort and thrilling divine enablement.  But there is one element often associated with biblical narrative which is remarkably – and instructively – absent, and it is the absence of that dynamic which renders this period a bit disappointing and which explains why it is often under-appreciated. Very simply, that missing element is miracle.  In short, when compared to the parting of the Red Sea or the tumbling down of the walls of Jericho or the floating of a lost axe head, the stories of the Restoration period do not reduce themselves nearly so happily to a flannel-graph.

But it is against the backdrop of that reality that this period, and the reformation narrative recorded in Ezra 7-10, must be understood and appreciated.  Briefly told, that narrative is this: Ezra is described as a priest and “a ready (i.e., quick, skilled) scribe in the Law of Moses” (Ezra 7:6; 11-12) who had “prepared his heart to seek the law of the LORD, and to do it, and to teach in Israel statutes and judgments” (7:10). About sixty years after the second temple had been completed under Zerubbabel (Ezra 1-6), Ezra was authorized and equipped (7:11-28) by the Persian King, Artaxerxes to fulfill a nine-fold commission (7:11-26); that mandate was basically to recruit as many as were anxious to return to the land of promise (7:13, including priests and Levites) and to attend to the worship being conducted at the temple in Jerusalem in whatever way he deemed proper (7:23, 27).  He prepared to make that trek from Babylon to Jerusalem, accompanied by approximately 1700 pilgrims (8:1-20).

As the group set out, Ezra was chagrined to discover that no Levitical priests had joined the pilgrimage (8:15). He dispatched a nine-man delegation to a nearby city (8:16-17) to recruit Levites. God blessed the effort, and two priestly families joined the pilgrims as well as 220 temple workers (8:18-20). Finally, before departing, Ezra proclaimed a fast (8:21-23).  The group faced a dilemma. As they set out on the long and dangerous journey, they considered the wisdom of asking the king for a military escort. But Ezra had assured the monarch that they would be safe on the journey because “the hand of our God is upon all them for good that seek him” (8:22).  They determined to cast themselves upon God and trust Him; thus, the solemn fast. Ezra also appointed a committee of twelve leading priests and twelve leading Levites to care for the wealth which was being transported for the repair and equipping of the temple (8:24-30). The wealth included 750 talents of silver (approximately 28 tons) and 100 talents of gold (approximately 3.75 tons). 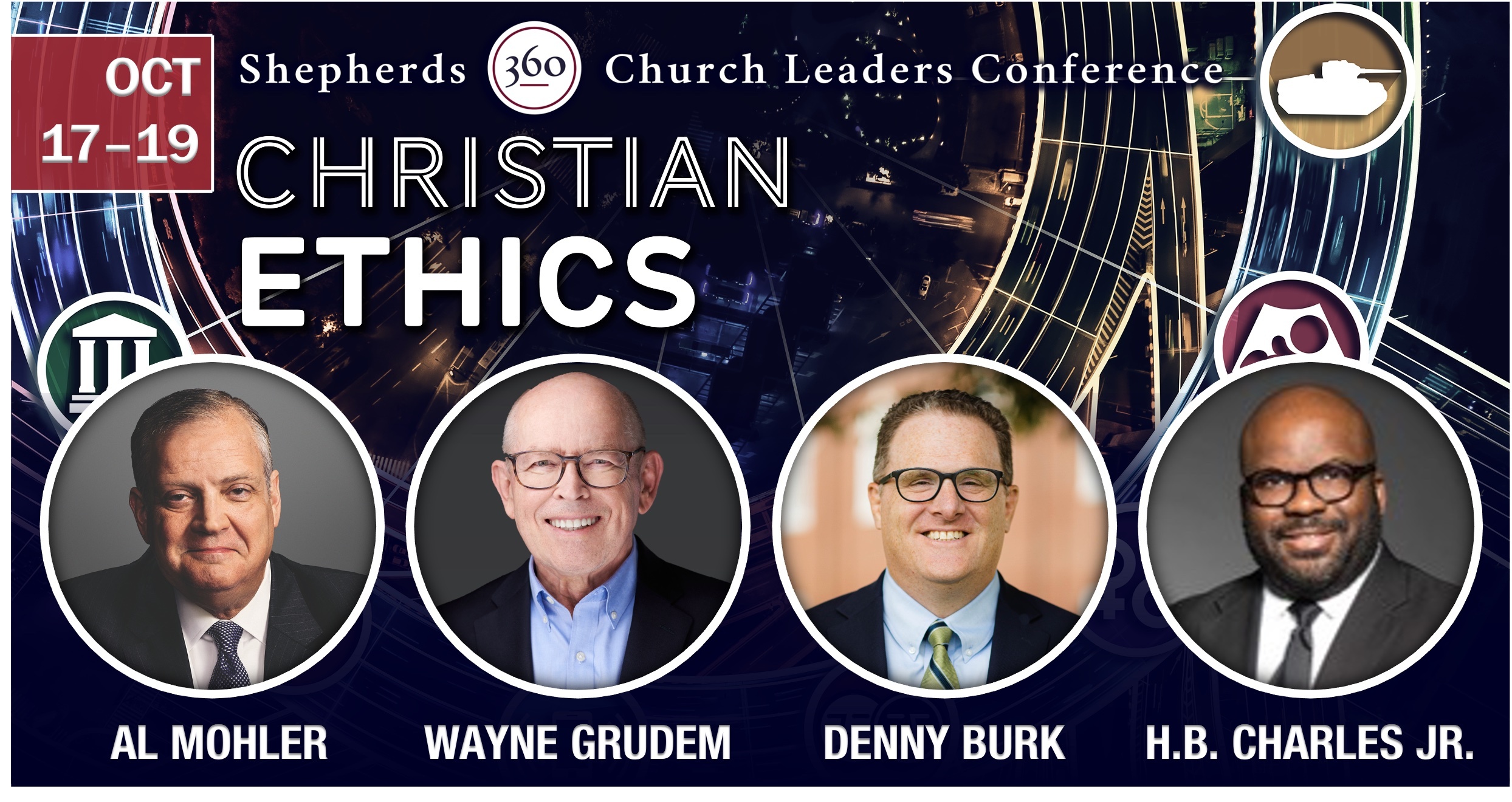 The journey of about 1000 miles across the Fertile Crescent went without incident, a fact attributed to the reality that “the hand of our God was upon us, and he delivered us from the hand of the enemy, and of such as lay in wait by the way” (8:31). But when Ezra arrived in Jerusalem, he was horrified to discover that many of the Jews who had earlier returned – especially the leaders – had embraced the wickedness of the pagan nations of the region, and specifically that many had taken wives from among those nations (9:1-2). Ezra was devastated; this was precisely the sin of the people shortly after they had first entered the land under Joshua (Exodus 34:15-16; Deuteronomy 7:3-4), and thus the sin which plunged that people into the dark ages known as the period of the Judges (Judges 3:6-7). In Jewish fashion he made his horror evident to those about him (9:3-5), and then he poured out his heart in a prayer of contrition and confession (9:7-15).  His zeal impacted the city. Bold steps were demanded and at the suggestion of Shecaniah, one of the citizens, the decision was made that pagan wives were to be put away (10:1-8). Courts were convened, justice and morality were honored, doubtless reparation was made and difficult situations were resolved. Those who refused to submit to the demands of the law were expelled from the community (10:9-17). This section of the record concludes with a catalog of those who submitted to the tribunal, and thus contributed to the reformation and revival accomplished by God through Ezra (10:18-44). Ezra continued to live and minister in Jerusalem, and he plays a pivotal role in the work of Nehemiah just over a decade later (Nehemiah 8, 12).

To return to a former issue, miracles are conspicuously absent in this narrative, and there is instruction in that. Yahweh had made Himself King in Israel at Mt. Sinai in 1446 BC (Exodus 19-24) and He had reigned until 592 BC when the Glory-Cloud departed (as recorded in Ezekiel 11:22, 23), which event signaled the end of that theocratic arrangement. During that remarkable time when King Yahweh resided in the tabernacle/throne-room in the person of the Glory-Cloud, He often intervened immediately – miraculously – in the affairs of His people. But with the departure of the Glory-Cloud, that theocratic arrangement was judicially abandoned. This is not to say that God abandoned His covenant with Israel; that covenant relationship is unilateral and thus eternally binding on God (Genesis 15:1-19; Hebrews 6:13-18). Indeed, that theocratic arrangement had to do only with the form in which Yahweh’s relationship to that people was administered.

The significance of the departure of the Glory-cloud was not that Yahweh would no longer honor His covenant relationship with Israel and protect her from her enemies. It was, on the other hand, that He would do so mediately rather than immediately, providentially rather than miraculously.  This is the grand message of the book of Esther. And it is a reality which we see worked out in the most practical way in the restoration narrative recorded in the books of Ezra and Nehemiah. In short, on those pages we watch as Israel learns what it is to live and to honor God (however reluctantly) under the “times of the Gentiles” (Daniel 2, 7; Lk 21:24), a time during which God’s hand of protection will be discerned only by the eye of faith, and a time which will endure until the stone cut out without hands – the Messiah – crushes the Gentile powers to powder (Daniel 2:44, 45; Revelation 19:11-21).

BIO
Dr. Doug Bookman is Professor of Old/New Testament and Bible Exposition at Shepherds Theological Seminary. Throughout the years, he has taught at various colleges and seminaries, and has served as pastor and interim pastor at local churches. Much of his ministry in the last decade has focused on both Israel and the life of Christ. He enjoys leading numerous study trips to Israel, which includes an annual trip specifically designed for the STS students.